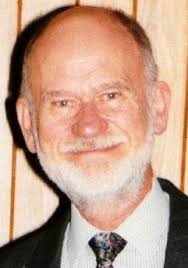 Academic colleagues in the discipline of economics and in the wider academic community, as well as several generations of former UKZN students are deeply saddened by the recent death of Professor George Trotter, who passed away in Hillcrest Hospital on 11 October.

George Jameson Trotter was born in Durban in 1937, but grew up in Pietermaritzburg where he attended Merchiston School and Maritzburg College where he was DUX, matriculating at the age of 16 in 1953. He completed a Bachelor of Arts degree at the University of Natal, Pietermaritzburg, followed by double honours degrees in mathematics and economics, the two disciplines that remained at the heart of his academic life. George Trotter then joined the Department of Economics on the Durban campus of the University of Natal in 1959 when economics was located in the Memorial Tower Building before moving to the third floor of the Students’ Union building in 1960. He became a senior lecturer and in 1965 was awarded a Carnegie Commonwealth Travel Grant from the Carnegie Corporation, New York, which took him to Duke University in Durham, North Carolina, where he completed a Master of Arts degree in economics. After returning to South Africa, he was appointed as William Hudson Professor and Head of the Department of Economics in 1966, at the age of 29, at the time making him the youngest full professor in the University.

George Trotter was a highly talented and inspirational lecturer, teaching mainly across the full gamut of undergraduate and postgraduate microeconomics, although he was also the first person who newly-enrolled economics undergraduates encountered in the classroom, as he traditionally taught the first three weeks of lectures in the first-year curriculum. In the process, he set the teaching bar very high for the colleagues who were to follow him. He served as Head of the Department of Economics for a remarkable 27 years, and it was in this capacity that he left his most enduring legacy, leading what was to become one of the largest academic departments in the University with a unique blend of rigour, professionalism, humour and above all else committed collegiality, as part of which his colleagues became members of a deeply democratic but also highly productive collective. He also carried this spirit of openness and democracy into the Faculties of Arts, within which economics was located initially, and later Commerce, in both of which he served terms as Dean. He later served in the University Executive, as Acting Vice-Principal and as Pro Vice-Principal (Finance and Technical Services) and then up to his formal retirement as University Registrar. His registrarship covered the critical period leading up to and into the establishment of the merged University of KwaZulu- Natal.

George Trotter’s research interests and publications were firmly within the area of the economics of education, where much of his focus was directed at estimating the economic returns to education, and to the challenges of producing quality education in a developing economy constrained by limited resources. The more recent experiences of South Africa in this regard bear testimony to the visionary nature of this research endeavour.

Outside of the University sphere, George Trotter served as President of the Economic Society of South Africa in 1976-77. He and his wife Deeann shared an abiding interest in music and the arts. Both were members of the University Choir and George was a long-time member of the Durban Men’s Choir. It was, however, as a teacher and an academic that he will be remembered most fondly, above all for his unwavering commitment to the finest values of academic freedom and open discourse.

We use cookies on our website to give you the most relevant experience by remembering your preferences and repeat visits. By clicking “Accept All”, you consent to the use of ALL the cookies. However, you may visit "Cookie Settings" to provide a controlled consent.
Cookie SettingsAccept All
Manage consent

This website uses cookies to improve your experience while you navigate through the website. Out of these, the cookies that are categorized as necessary are stored on your browser as they are essential for the working of basic functionalities of the website. We also use third-party cookies that help us analyze and understand how you use this website. These cookies will be stored in your browser only with your consent. You also have the option to opt-out of these cookies. But opting out of some of these cookies may affect your browsing experience.
Necessary Always Enabled
Necessary cookies are absolutely essential for the website to function properly. These cookies ensure basic functionalities and security features of the website, anonymously.
Functional
Functional cookies help to perform certain functionalities like sharing the content of the website on social media platforms, collect feedbacks, and other third-party features.
Performance
Performance cookies are used to understand and analyze the key performance indexes of the website which helps in delivering a better user experience for the visitors.
Analytics
Analytical cookies are used to understand how visitors interact with the website. These cookies help provide information on metrics the number of visitors, bounce rate, traffic source, etc.
Advertisement
Advertisement cookies are used to provide visitors with relevant ads and marketing campaigns. These cookies track visitors across websites and collect information to provide customized ads.
Others
Other uncategorized cookies are those that are being analyzed and have not been classified into a category as yet.
SAVE & ACCEPT